Empire Roofing Corporation has won the 2014 Firestone Master Contractor, Inner Circle of Quality and President’s Club Award.  This award recognizes the top companies in the commercial roofing industry for their commitment to quality and excellence in commercial roofing.  Being recognized by Firestone as a 2014 Master Contractor is a great accomplishment for the entire Empire Roofing team.  We proudly accepted this award with a continued commitment to quality and excellence for every roof we install or repair. 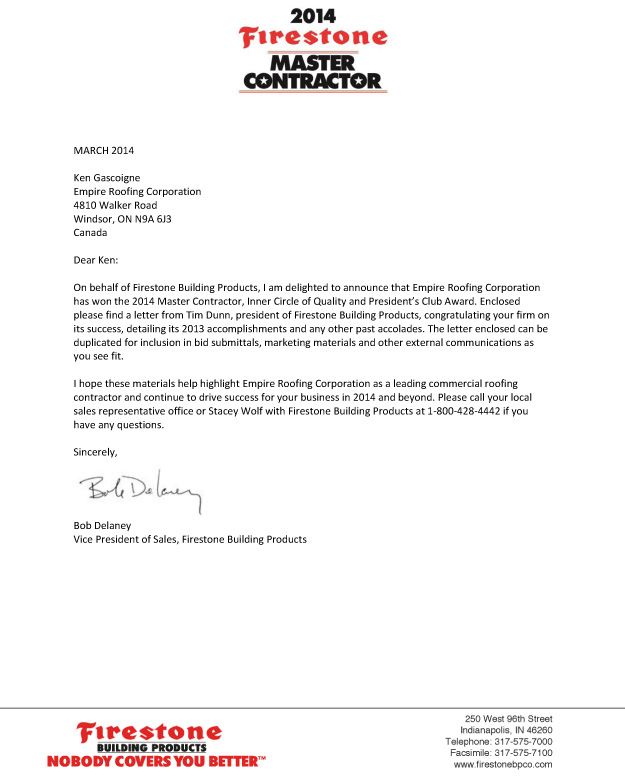